Currently dance artist, with a keen interest in photography, Hannah Buckley, has been helping out in the gallery. Hannah works with her photographer twin sister to combine the two art forms, and you can see their work at the negotiationofspace website, which is really worth looking at
The other day she told me about a book by Twyla Tharp called The Creative Habit, and it sounded pretty fascinating, so I asked her if she would mind writing something for the blog about the book, so here it is: 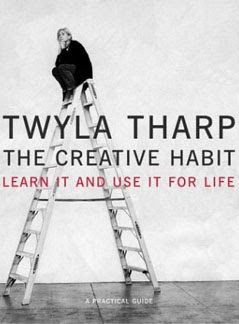 "I don’t give to charity very often, and a compensation for this if I read a good book I like to buy it for the people I care about and who I think will benefit from that particular book. My books for giving so far have been Og Mandino’s ‘The Greatest Sales Man In The World’, Patrick Holford’s ‘Low GL Diet Cookbook’ and Twyla Tharp’s ‘The Creative Habit’.

Twyla Tharp is an American dancer and choreographer, but so far, as well as a dancer, I have given it to a musician and a photographer. I also have a jewelry maker and fashion designer in mind as future Twyla receivers. The Creative Habit comes from the perspective of the dance world but it is a creative manual for all anyone involved in any art, and the world outside art for that matter. 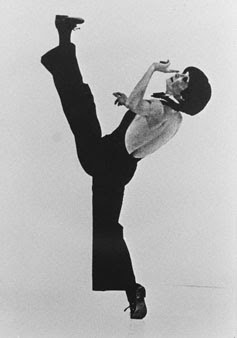 In a nutshell Tharp believes that creativity, is not a gift from God but the product of hard work. She believes through structure and habit, the very things that people label the creativity killers, you can achieve the most freedom, be creatively productive and work your way out of blank spots on uncreative days. In The Creative Habit she shares her own creative experiences, methods and exercises that have helped her achieve running, and choreographing for, a dance company from 1965 until the present day, choreograph more than one hundred thirty-five dances, five Hollywood movies, direct and choreograph four Broadway shows, receive one Tony Award, two Emmy Awards, nineteen honorary doctorates, the Vietnam Veterans of America President's Award, the 2004 National Medal of the Arts, the 2008 Jerome Robbins Prize, a 2008 Kennedy Center Honor and become a member of the American Academy of Arts and Sciences and an Honorary Member of the American Academy of Arts and Letters.

Even if you disagree with the fundamentals of what Tharp writes about, (habit breeding creativity), I think every creative person, young or old, could learn something from her informative book. It is well written, with passion, intellect, experience and integrity dripping from its pages."
Hannah Buckley

One of the things this reminds me of is David Hurn in his, and Bill Jay's On Being Photographer talking about how it is so important to be strict when one is researching and shooting a body of work. He goes on about making check lists, in order to almost know what your going to shoot before you go out into the field. I think its often forgotten that being "Creative" can go hand in hand with having very strict rules....
Posted by HOST Gallery Blog at 02:17