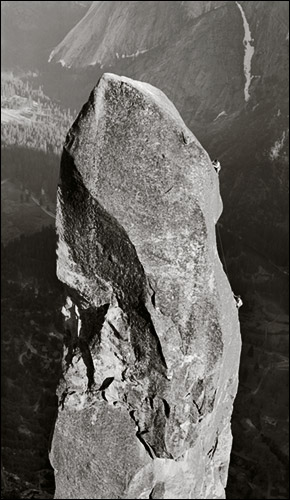 Here are some examples of Californian photographer Glen Denny's 1960s work of pioneering mountaineers tackling the slopes of the Yosemite... A golden age of climbing... 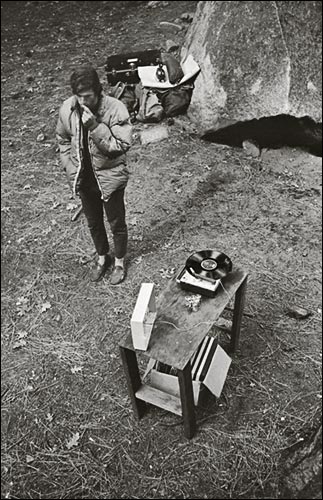 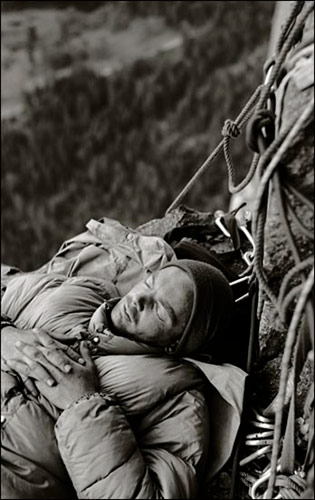 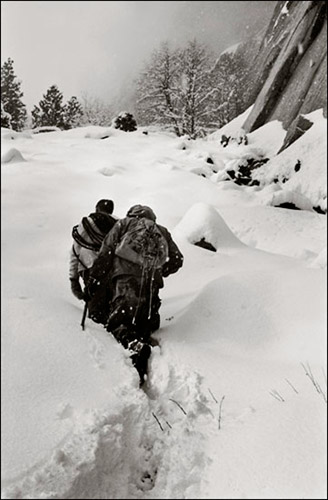 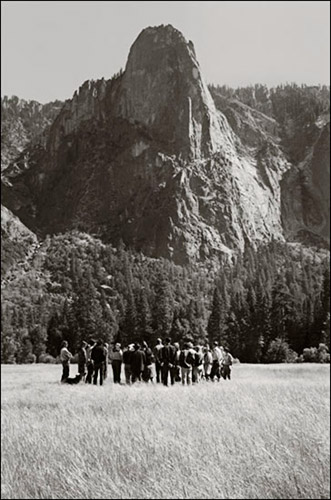 Posted by HOST Gallery Blog at 05:13 No comments:

If you are in central London I have curated a small show at the Architects Association, its on till the end of December and features some great photographs... More info can be seen here.. 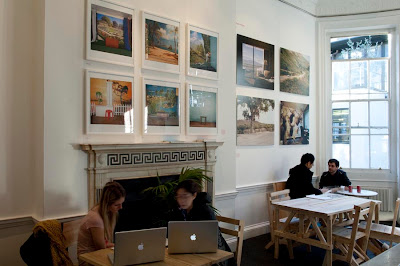 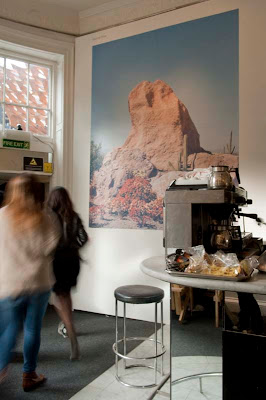 Posted by HOST Gallery Blog at 05:04 No comments: 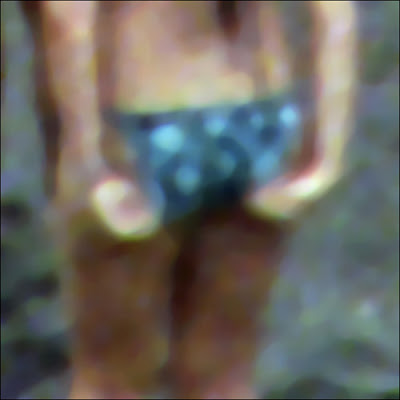 Recently New Zealand Photographer Bruce Connew was over in London with lots of new work, and new books (all of which are well worth seeing. One of these little books is I Saw You, 2006-2007 and here is what Bruce says about the work….: 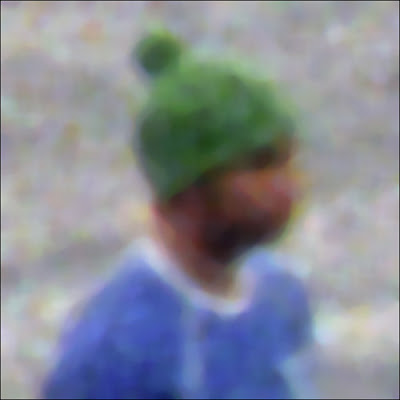 “For twelve months, from the top floor of home, veiled behind an apron of black velvet, through double-glazing and a long lens, I photographed the comings and goings of a car park, an ample piece of reclaimed Wellington land that juts out into a bay, a family beach to one side…” 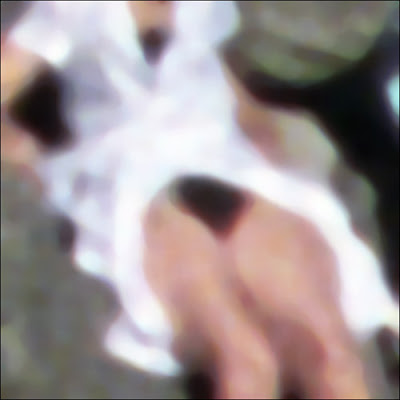 “Surveillance is routine nowadays. It’s everywhere. We’ve come to expect it; we’ve even come to embrace it. It promises social order. It makes us feel safer. Its premise is creepy….” 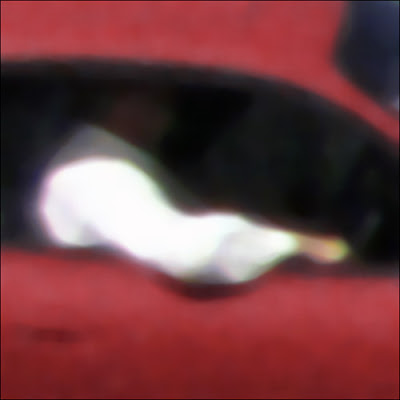 “I peered in on people’s lives, sneaked up on their susceptibilities as they busied themselves mostly in ordinary ways, minding their own business and perhaps a little of yours, when they could reasonably expect no one to be watching — private moments in a public space. Then I took away some of their identity and shuffled them together. …” Bruce Connew 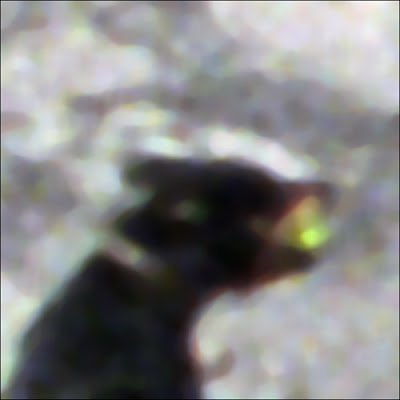 Posted by HOST Gallery Blog at 04:24 No comments:

The Quest for the Man on the White Donkey 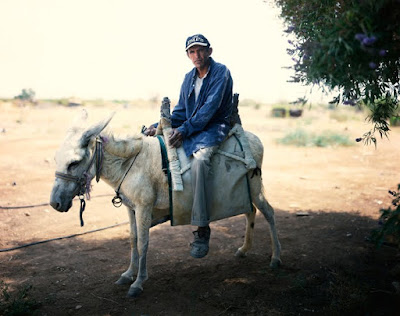 The Quest for the Man on the White Donkey is the title of a piece of work that photographer Yaakov Israel has been working on since 2002, the title refers to belief that in the Jewish tradition the Messiah will arrive riding a white donkey.... Below are just a few examples of the work and Yaakov in his own words...: 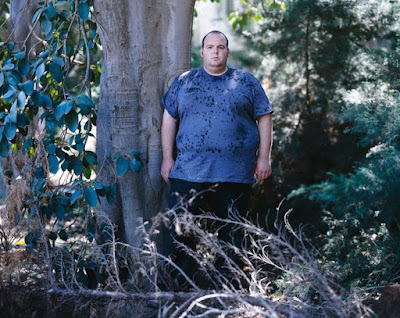 "A few years ago, as I was taking photographs near the Dead Sea a Palestinian man rode past me on his white donkey...
It is after having developed this plate that I’ve realize that I had encountered my “Messiah”; this meeting brought me to initiate the body of work that carries the name: “The quest for the man on the white donkey”...." 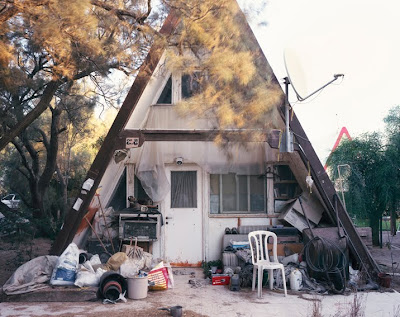 "The American tradition of the great photographic journeys served as a blueprint for the initial phase of the “quest”: with the definitive difference that in such a small Country the size of the territory in which my hunt was pursued would have shaped my proceedings. ...
What otherwise in the documentary photography genre spans over months of continuous traveling, was confronted with a territory in which no matter what destination I had chosen it would have brought me back home by midnight the latest...." 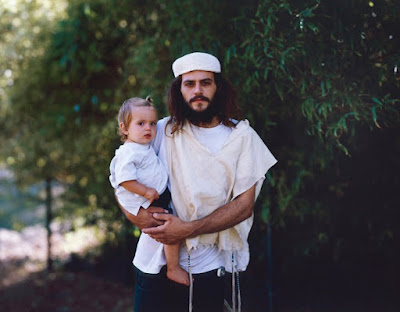 "Then, as I’ve found myself passing through same places over and over again, the personal identity of my project was revealed: I had to let go the idea of narrating the physical journey itself but rather concentrate on the intimate, emotional reactions to those places; how I was reacting to the occasional encounters with people and scenarios..." 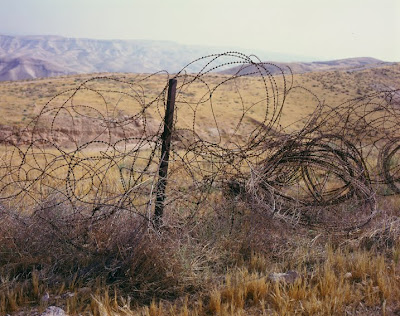 "As my “Messenger” revealed himself, the search for a deeper understanding of my Country and what defines me as an Israeli became an urge to look for the in-between places, the non-usual; suddenly a detail requested my attention as I stood for hours waiting for a meaning to reveal itself: or pushed me away, puzzled. But in the end I had to hold to it. I cannot let go until that detail is made mine, until the allusive and enigmatic find their place in my understanding of what I deem as authentic, real....." Yaakov Israel
Click here to see Yaakov's website...
Posted by HOST Gallery Blog at 06:59 No comments: