Between Make Up Your MInd and Making No Sense.. 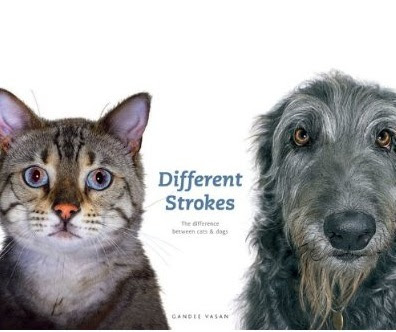 Recently I was a judge for the Rhubarb Rhubarb " Hungry" bursary, which was an interesting day, the judges and I were lucky enough to see a lot of good work, and excitingly the majority of the really interesting photography was by the photographers who were either students or very recent graduates.....
Anyway, two things struck me quite early on in the day, and these were:

1)Some of the photographer’s statements were SO bad! And (to me) made little or no sense whatsoever, completely whimsical and solely about themselves!... For example there was a very interesting set of pictures of strange man-made structures, photographed at night in a stylised way. It was obvious these strange buildings were inhabited, and I for one wanted to know more, so we were given the photographer’s statement, which we read, and it went on about how his or her work was really dealing with concepts of the spaces between dreams and reality and so on, and not once did it mention what these structures were, or where they were! So in a sense the work became futile! There was too much "I" this and "My work" that.... Sometimes I just want to know what I am looking at, surely that’s not too much to ask?

2) It is probably a huge exaggeration but it seemed the majority the titles of the bodies of work I saw had the word “between" in them. Things like "Between Dreams and Daylight", " Between Waking and Darkness", "Between reality and illusion" and so on..... Is this a linguistic game? Am I to work out that ”Between Dreams and Daylight” could be called "Nightime"? The other "Daytime"? And the third, God knows what?
What I’m getting at is that sometimes I wish photographers would just say what they mean.

So this got me thinking about how many titles of photo books have the word “between” in them, a quick advanced search on Amazon brings up 3,762! Some of which are:

Between Art and Revolution: Tina Modotti
In Between: Guy Bourdin
China Between by Polly Braden
Between the Eyes
Some Points in Between... Up Till Now: Robert Polidori
Between Sky and Earth
Between Dogs and Wolves: Growing Up with South Africa by Jodi Bieber
IRAQ: The Space Between by Christoph Bangert
Between Past and Future: New Photography and Video from China
Between the Dark and Light by Jay Blakesberg
Between the Two by Todd Hido
Between Sea and Sky by R.S. Thomas and Peter Hope Jones
Between Dreams and Reality: Tracey Moffatt
The Space Between: Michal Rovner
Between Past and Future: New German Photography
Between Worlds: Contemporary Mexican Photography
Water: Worlds Between Heaven and Earth by Art Wolfe
Tibet: The Roof of the World Between Past and Present by Maria Antonia Sironi Diemberger
Between Visible by Tomoko Yoneda
The Space Between: Gordon Matta-Clark
Between Dog and Wolf by Nick Haymes
Between Dark and Dark by Thomas Joshua Cooper
Between Dog and Wolf: Chrystel Lebas

Obviously of those 3, 762 books I found with 'Between' in the title, I grant many should have a clear right to use the word, a good example being:
Different Strokes: The Difference Between Cats & Dogs by Gandee Vasan
I haven’t actually got that book so I cant vouch for its titles validity, but I assume it does exactly what it says it does, and currently at £3.61 for a used copy, it may actually be worth a look….

I have always liked Fashion Photographer Alexander James' Taxi Series' and just found an interview with him here on the Sketchbook Blog.... 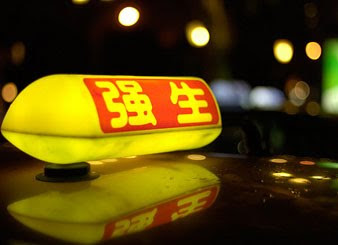 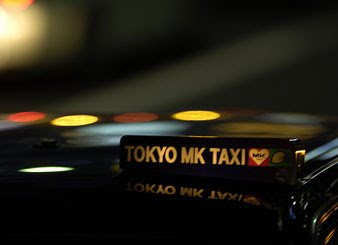 Another person whose work i saw in Houston was Cori Chandler-Pepelnjak, she showed me her work Jo Jo, Cori started the work whilst on one of photographer David Alan Harvey's workshops in the US... : 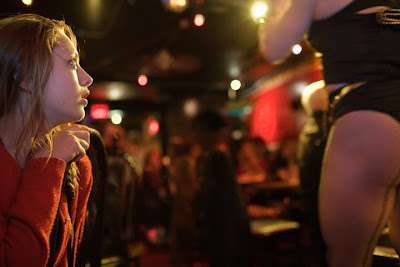 "The more I watched this girl, the more confused and intrigued I became. I wasn’t sure of her age—she could have been 15 or she could have been 20 something. I approached her and explained my intentions and asked if it were ok if I photographed her for awhile she hung out there with her skater friends. I left Union square that night without getting any information besides her name..." 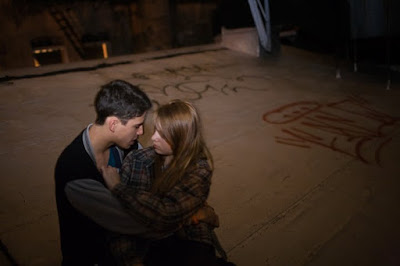 "..For two nights following that initial meeting I returned to the same spot hoping to find her or her friends hanging out. I was in luck, and this guy who is now her boyfriend called her up and handed me the cell phone so I could talk to her. I explained that I would love to spend a few more days photographing her in her everyday life, she nonchalantly agreed and so I planned to meet her outside her school the next day and would walk home with her so I could meet her mother, which I insisted on...." 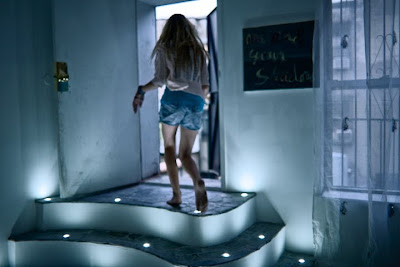 "...Just as we arrived at the stoop of her building, before she picked up her bike to carry it up the stairs into the Chinese-red hallway that led to the apartment stairwell, JoJo told me her mom was hosting a party. With a disgusted expression she said, “my mom is a cougar, you know what that is right?” Caught a bit of guard I followed JoJo through the red hallway, up the dingy blue stairwell, and into the apartment and straight to JoJo’s bedroom which was dominated by a hot pink hairy blanket on her bed and three frenzied miniature greyhound dogs..." 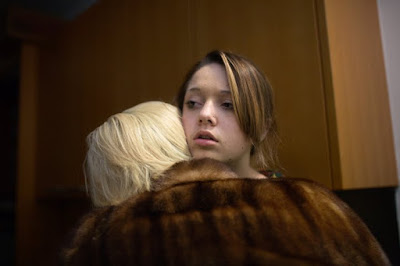 "...Wondering which of the women buzzing around was JoJo’s mom, she said, “oh, that was my mom”, about the striking woman that just popped her head in. No one asked who I was or what I was doing, my being there was nothing out of the ordinary. I did tell JoJo I wanted to introduce myself, so I did and was immediately absorbed by all the hubub and various characters that were coming and going. That was a year and a half ago. JoJo is now 16 and I am still photographing her life...." Cori Chandler-Pepelnjak
Posted by HOST Gallery Blog at 09:30 No comments:

Some of my favorite work was that by Greta Pratt, it seems that for some years now Greta has been looking at American identity through both its history and its icons, and their affect both visually and metaphorically now on the American people here is some work form the Lincoln series..:
"These men all belong to The Association of Lincoln Presenters. They are passionate about Abraham Lincoln and spend time studying, reading, and performing for school groups, community celebrations, and senior citizen centers... 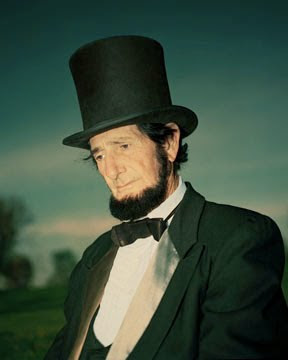 "..I asked the men to write about why they dress and act as Lincoln. Although they began this obsession for various reasons their motives for continuing it are similar. Repeatedly, they refer to Lincoln’s moral character and the work ethic that enabled him to rise from humble beginnings to the presidency. They revere Lincoln because he embodies one of America’s most cherished tenets, that the common man, through sheer hard work and determination, can elevate his status in society. .." 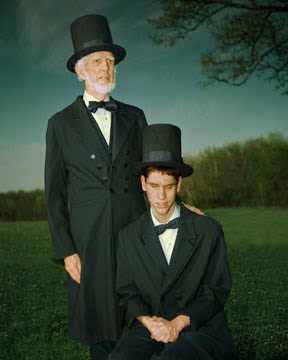 "These photographs are a continuation of my quest to understand how I, and we, remember history. My intention is to comment on the way a society, composed of individuals, is held together through the creation of its history and heroic figures..." Greta Pratt

Posted by HOST Gallery Blog at 05:08 No comments: 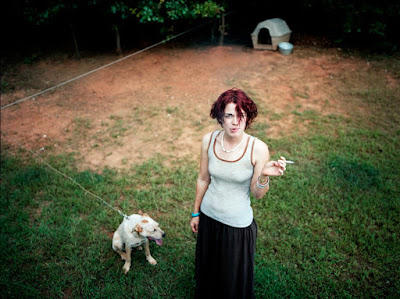 Laura Noel has been working on a body of work called Deliver Me, portraits of smokers, I thought many of these portraits have a loneliness to them that is incredibly touching.. Laura says of the work:
"Smokers have become social refugees banished to windy corners, cars, and private rooms. I am interested in the idea that society has become so disenchanted with this habit that we have tried to legislate smokers out of existence. " 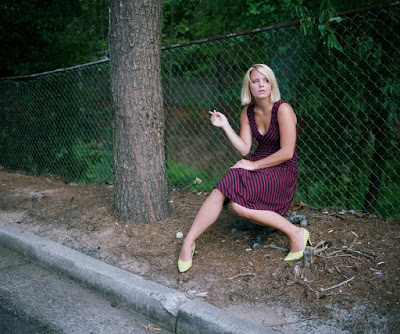 To me though the smoking just acts as continuity to a subtle yet beautiful body that acts in part as a small survey of the US State of Georgia, where all the pictures were taken.... 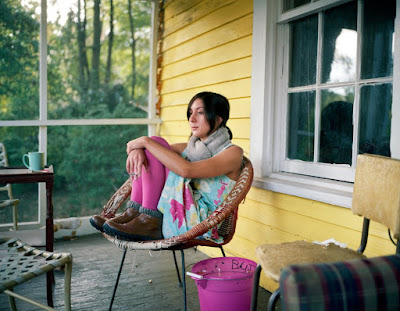 Posted by HOST Gallery Blog at 04:54 No comments:

Since 2002 Monika Merva has been documenting the lives of children who are living in a government-run housing facility for severally disabled and at-risk teens in Fot, Hungary.
The official name is the Karloyi Istvan Gyermekkozpont. They call this place “The City of Children.”
In her own words:
"My focus on Gyermekkozpont comes from understanding that one's sense of self comes with a sense of belonging within a community.
I believe the home is where our strength lies. It's the source of everything, where all our, fears, questions, love and our need to belong originate."
Posted by HOST Gallery Blog at 04:50 No comments: Mexican based photographer David Rochkind's Heavy Hand, Sunken Spirit looks at how the illegal drugs trade has permeated so many aspects of Mexican life. David was quick to point out that his work is not just about the violence (although this is out of control) but about how this conflict is affecting the very heart of the country.... See more here... 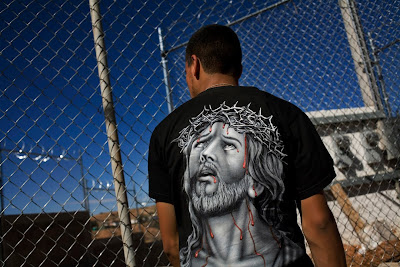 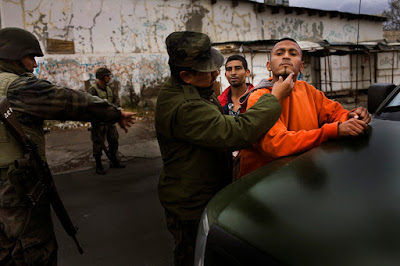 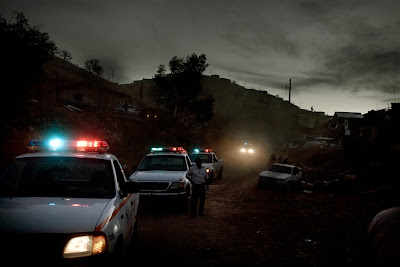 Posted by HOST Gallery Blog at 04:44 No comments:

I recently arrived back from 5 days reviewing work at the Houston FotoFest 2010, founded in 1983 this was the 13th Fotofest.
The following entries are of some of the work I viewed (on average one see's over 20 photographers a day) so of course this is only a selection!.
Along with the review sessions (which last a month in total) there are many shows instigated by the festival. 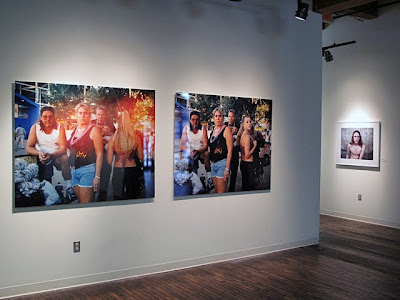 The show Whatever was Splended: New American Photographs, curated by Aaron Schuman, in my opinion was not just the highlight of these exhibitions but also hands down wins best title for any of the shows. Whatvever was splended featured work by Will Steacy, Michael Schmelling, Greg Stimac, Tema Stauffer, Jason Lazarus, Jane Tam, Richard Mosse, Craig Mammano, Todd Hido, Hank Willis Thomas, and RJ Shaughnessy. 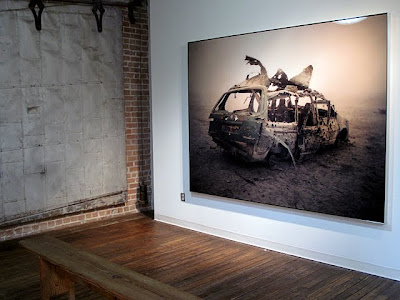 (All images are of the Whatever was Splendid Exhibition)
One of the other larger shows was curated by Natasha Egan Associate Director and Curator, Museum of Contemporary Photography at Columbia College Chicago, an interesting photographic survey of where America stands now, entitled Road to Nowhere? Egan says:
“The artists in this exhibition address a repertoire of diverse but related themes including politics, surveillance, race, war, and economic insecurity. While the work is oftentimes critical, a quintessentially American optimism is evident.”
Anyway more about that later..
Posted by HOST Gallery Blog at 04:35 No comments: 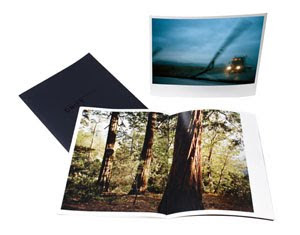 Another fine publication of photographic fiction has just been published by photographer Davis Gray as part of his ongoing series that I have mentioned before....
It is now available in the gallery or online here.... 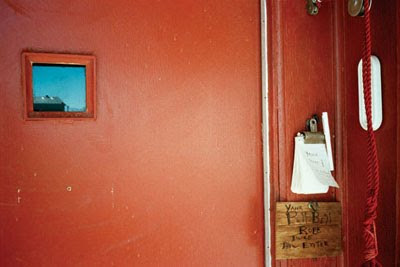 Drift is a rootless wanderer in search of purpose, a change in fortunes, cursed with the the unquenchable hope of a big win. From San Francisco and the coast roads to LA and on via the car park of the Bellagio casino, through death valley and onto to the salt flats of mono lake, there are glimpsed fragments of the human condition strewn by the highways.

Drift is the fourth in the dream that days break portfolio series, featuring the photography of David Gray. Each series sees the release of a limited edition photographic prints and accompanying book. Vampire, Surge and Thunderbolts Way have preceded this latest release. 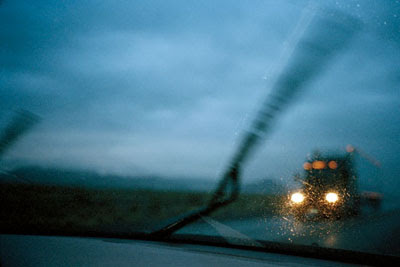 A 10" x 8" print is accompanied by a 10" x 8" 28 page singer sewn soft cover book containing all the images from the series as well as a written response by Paul Summers. Both are individually signed, numbered and in an edition of 100.
Posted by HOST Gallery Blog at 04:16 No comments: