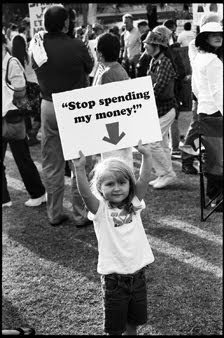 Here is some work by Dennis Yermoshin, who lives and works in Houston Texas.
Dennis was born in Baku, but his family came to the US as refugees in 1991. He has done some fantastic work on his family in America, which was featured on Foto8 some time ago, see more of it on Dennis' site here.
But the work shown here is from the new series Teabaggers' Ball 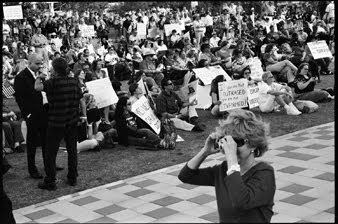 "In preparation for the 2010 November elections, Tea Party members from eight surrounding Houston, Texas counties, gathered at Discovery Green Park in Houston on America’s Tax Day – Thursday, April 15th as a conservative whole, uniting in liberal perspective to share and promote their ideas of progressive reform as well as their undeniable opposition to the Obama administration and their policies." 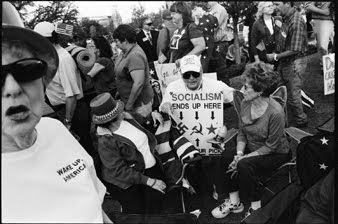 "The evening was filled with speeches given by Tea Party leaders from each of the participating counties as well as some other members. Proclaiming a need for a “change” in American health care and their desire for bigger tax cuts while strongly criticizing President Obama's efforts, the “Teabaggers” also supported local candidates for upcoming state elections. Each Tea Party had tables and booths set up in a smaller field near the entrance for promotional purposes, distributing handouts about themselves, collecting emails, and selling various political merchandise - t-shirts, buttons, etc." 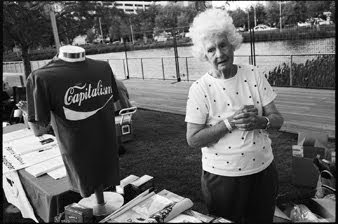 "The diversity in age groups ranged from toddlers to elders, all united under one wing in their devotion to political activism and their patriotism for America."
Dennis Yermoshin 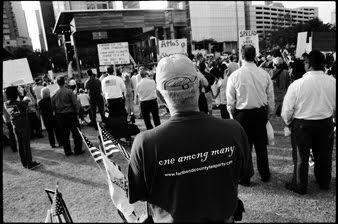 Posted by HOST Gallery Blog at 04:17 No comments:

Qi Lihe and a Sin City

Here is some work by British photographer Stephen Kelly, currently working in China, the first images below are from his series Qi Lihe: 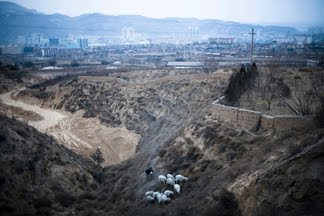 The series explores the district of Qi Lihe, which sits on the outskirts of Lanzhou city in Gansu Province, north western China. 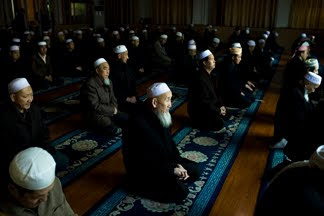 It is home to thousands of Muslim migrant families who have left their homeland within the Linxia Hui autonomous prefecture and arrived into the city searching for job opportunities and ultimately, a better life. For hundreds of years the Hui and Dongxiang Muslim minorities have farmed the arid land surrounding their ancestral villages. 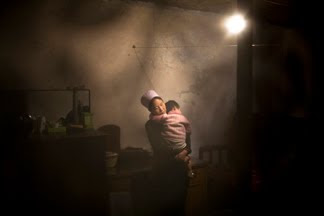 In recent years though, desertification has forced this once workable landscape to begin a dramatic change, impelling many modern day farmers and their families to migrate to the provincial capital in order to survive.

The photographs below are from Stephens Sin City: 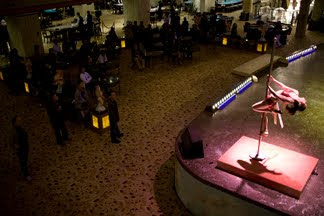 The Sin City series documents life in China’s self-styled ‘city of dreams’. Situated on the western side of the Pearl River Delta, this semi-autonomous region of China is the sole territory within the People’s Republic that permits gambling. 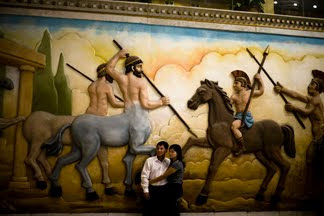 In 2009, Macau’s thirty two casinos are reported to have made US $14.875 billion in gambling revenue, doubling that of Las Vegas. 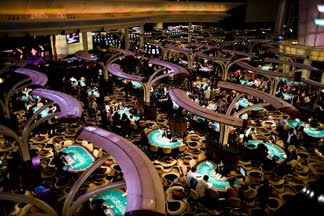